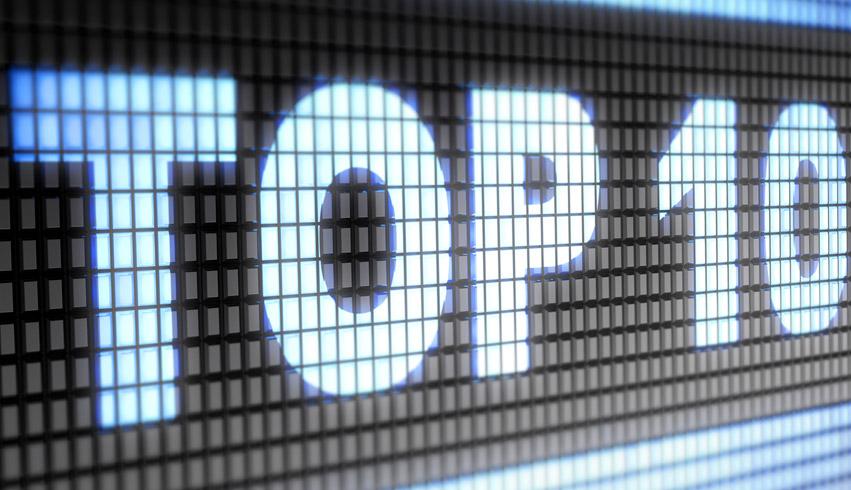 The small crowd of 4,000 people at Madison Square Garden on March 2, 1962 didn’t know that they were about to witness the greatest individual game in NBA History. That night, Wilt Chamberlain scored 100 points– a record that still stands to this day. The record is 19 points ahead of Kobe’s 81, the second most in a game. Wilt shot 36-63 for the game and actually hit 28-32 free throws- something he usually struggled with. In the end, his 100 gave the Warriors a 169-147 victory. 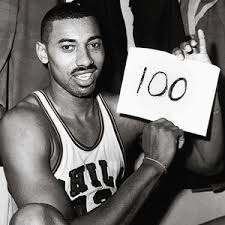 With the time ticking down, Grant Hill threw a pass all the way across the court to Christan Laettner. Duke trailed 103-102 in overtime against favorites Kentucky. Laettner faked right, dribbled once, turned, and hit a jumper as time expired to give Duke a 104-103 win. The shot has become famous for good and bad reasons, and the name Laettner will be forever loved by Duke fans, and forever hated by UK fans. 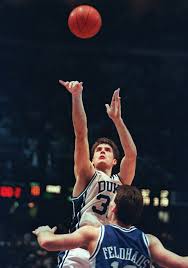 8: The Thrilla in Manila

When the best boxer of all time Muhammad Ali fought Joe Fraizer for the final time, the crowd were served to a piece of history.Ali won by TKO in the 14th round taking the career series 2-1. The fight was extremely brutal and has been widely regarded as the best fight of all time. 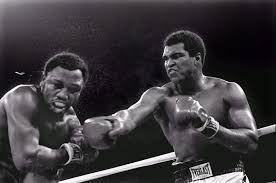 With the time running out and the ball at the one yard line, the Patriots seemed more concerned with getting the ball back then stopping the Seahawks. On second and goal, Russell Wilson surprised everyone by keeping the ball- not picking the safe option and giving it to star Marshawn Lynch. Ricardo Lockette ran a spot rout to the inside and appeared to be open. Russell threw the ball to him. At the same time, an unknown Patriots corner named Malcolm Butler who had never had an interception in his career, made a break for the ball. His hands reached the ball just before the ball arrived to Lockette’s hand, right at the goal line. As the Seahawks went into shock, a nobody had just turned into a Super Bowl hero and won his team their 4th Super Bowl. 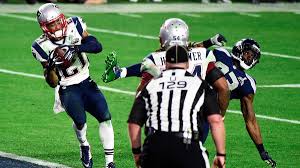 With Manchester City trailing QPR 2-1 with 5 minutes to go and needing a win to win the BPL, many fans had turned off their TV. In the 91st minute, the first of 5 added minutes, Edin Dezko scored to tie it at 2-2. However, news of Manchester United beating Sunderland meant only a win would give City the title. In the 94th minute, City pushed the ball up to star striker Sergio Aguero. The Argentinan then turned, and shot a bullet into the bottom left corner. As he threw off his shirt and the crowd rocked the stadium, we realized we had just witnessed one of the best moments in sports history. 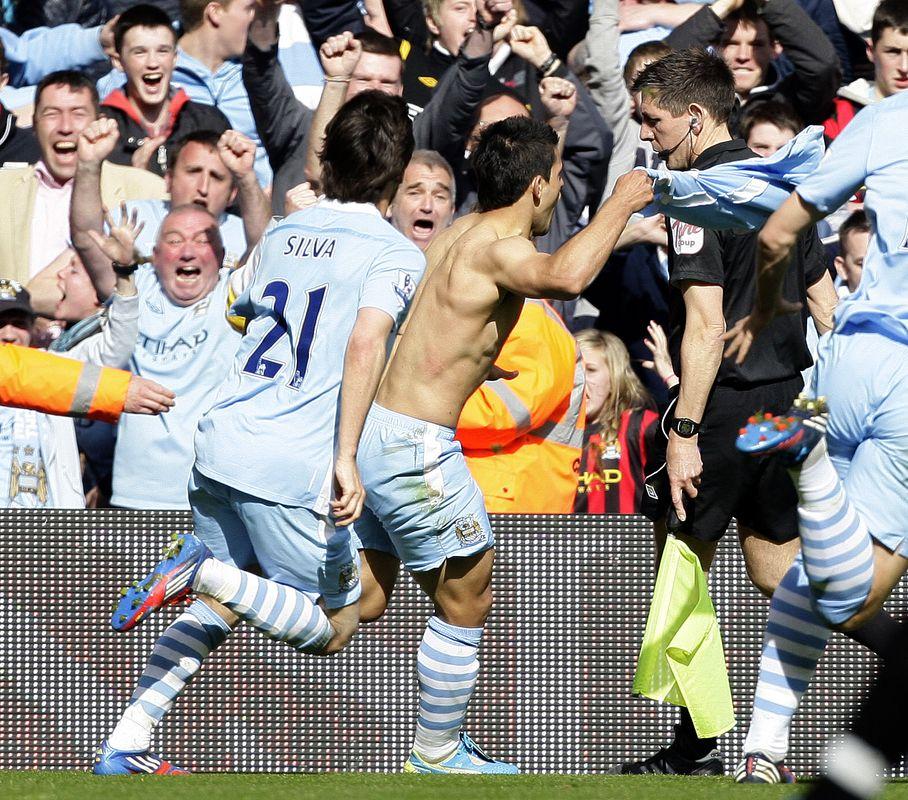 The 1936 Summer Olympics in Berlin was supposed to be a way to prove the German’s skills. However, the United States stunned everyone by taking home 11 gold medals, 6 by African Americans, and 4 by Jesse Owens. This cemented Owens into history and Hitler famously refused to congratulate Owens for his dominant performance. 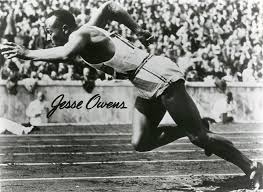 On April 15, 1947, and event that would forever change sports and more importantly America occured. Jackie Robinson became the first African American player to play with the whites when he made his debut for the Brooklyn Dodgers. He has since became probably the most famous baseball player and no player in the MLB can ever wear number 42 again. 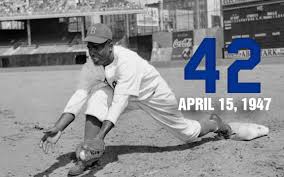 Also known as the Shot Heard Round the World and the greatest home run of  all time, with the series in game 7, Bill Mazeroski stepped up to the plate with the game tied at 9-9 and in the 9th inning. As he made contact with the ball, the crowd knew it was gone. The Home run gave them the 10-9 win and the Pirates 3rd World Series. 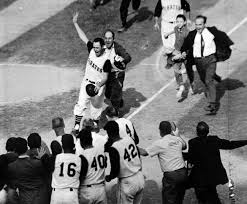 The Soviet Union’s men’s ice hockey team was so good at the 1980 Olympics no one thought anyone could even give them a real challenge. The United States were a team of amateurs that were put together just the year before. They had been destroyed 10-3 in the exhibition game against the Soviets just months before. The USA was also huge rivals of Russia due to the Cold War going on at the time. The U.S. started off hot in the group stage stunning opponents including silver medal favorites Norway. They won many games and ended up playing in the medal game against the Soviet Union. In the first period the Americans stood tall and the game was tied 2-2 at the start of the second period. Most figured the Us would run out of energy and fall behind quickly. In the 2nd period this was partly true as the Soviets controlled the game and led 3-2 going into the 3rd and final period. Two great goals by the US gave them a 4-3 lead with 10 minutes remaining in the game. The Soviets attacked ferociously as the time ticked down. Many shots went wide and a few came very close to tying the game. After the Soviets misfired their final shot with 20 seconds left, the Americans and broadcasters started a countdown. Al Micheals was the most famous: “11 seconds, you’ve got 10 seconds, the countdown going on now! Morrow, up to Silk. Five seconds left in the game. Do you Believe in miracles? YES!!!!!!” The United States had just pulled off one of the best upsets off all time. 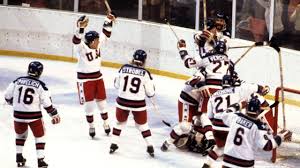 Few top athletes retire on a high note. In fact, most are known for retiring because of their struggles. However, this was not at all the case for Michael Jordan. As well all know, Jordan dominated the NBA for a decade and led the Bulls to 6 titles in 8 years (he took a 2 year break or it would’ve been 8) The last one was his last game before retiring, although he came back 5 years later. It was game 6 with the Bulls leading the Jazz 3-2. But in this game the Jazz lead 86-85. Karl Malone was in the post with 18.9 seconds left when he was stripped by Jordan. Jordan then dribbled down the court with Byron Russell guarding him. MJ drove inside the 3-point line, made a quick crossover, and hit a 20 footer to give the Bulls a 87-86 lead with 5.2 seconds left in the game. The Jazz called a timeout and John Stockton missed a game winning 3. The shot was the perfect shot to end on for Jordan. It was his 25th game winner for the Bulls.