Celebrate Art Day is a day for high school students to not only showcase their talent–but to help younger students to embrace their own creativity. It was organized by Mrs. Soule and throughout the day, students from Natcher, Alvaton, Cumberland Trace, Bristow, Drakes Creek Middle School, and Warren East Middle School came and participated in the numerous activities the Greenwood Art Club had to offer–from the tours around the school to the  hands-on activities in the auditorium lobby.

Visitors could bid on hand-painted chairs, oars, and Kentucky trophies for the Silent Auction as well as art that the students created. Student-led tours showed off the art work beautifying Greenwood’s halls, and visitors could try out their creative skills at various stations manned by Mrs. Soule’s students. Daily Chomp reporters fanned out to cover all aspects of the day; check out each one below.

By Madeleine Wilson and Avery Witcher

Children from different schools all around the county came to Greenwood to participate in Celebrate Art day and while here, they took part in many different stations.  These stations were led by Greenwood art students who encouraged the children to get creative and make art. The stations weren’t only for the children to have fun, but to also learn about the different aspects of art. There was a total of seven stations with each station focusing on something different. These included drawing, pottery, painting, weaving, and so much more.

At one of the stations, the kids were learning about texture, in paintings specifically, and how to use it to create a piece of art. One girl had been doing art for a very long time and already had a painting started and left it unfinished so that the kids could add to it. 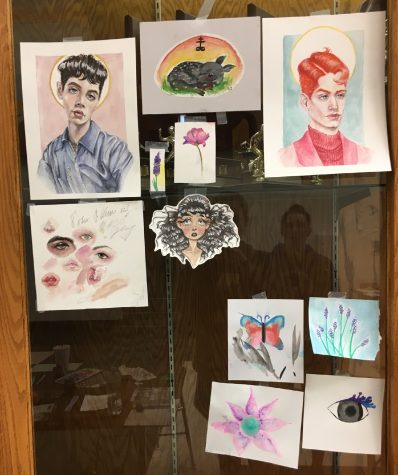 “I let them paint around what I had already started. We also asked them what they liked to draw and gave them a piece of paper to draw those things on it,” said one of the workers at that station.

One of the more messier stations was with the pottery wheel. This station focused on how to use clay to make art, more specifically making bowls with a pottery wheel. The high schoolers helping at this station would get the piece of clay started for the children, then let them shape it with their hands.

Another station allowed children to get creative by adding their own pictures to a mural that was continuously being added to throughout the day. They also got to add their own colors to a painting on the wall that was made up of rectangles inspired by Mondrian.

In addition to the oar and chair auctions, paintings on mini canvases were also auctioned , starting at a price of only $1.00.  There were many different scenes and quotes you could choose from that were painted on the canvas.

During the tour, the students made several stops at different stations where they were given the opportunity to make art of their own.

One of these stations was the Drawing Challenge in which the students attempted to draw a still life of a vintage tricycle. Seven of the best drawings were chosen at the end of the day and the artists who did these drawings were awarded a prize.

Four out of the seven winners are pictured above. 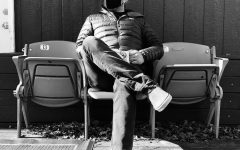 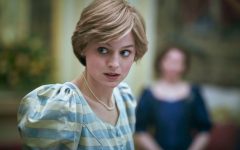 SHOULD CELEBRITIES USE THEIR SOCIAL MEDIAS’ ACCOUNTS TO SHARE THEIR POLITICAL IDEAS?

Should celebrities use their social medias’ accounts to share their political ideas? People have different opinions about it: some people think... 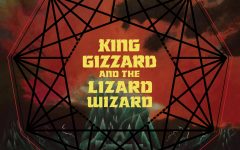 Day of the dead also known as Día de los Muertos  , This day that came from the hispanic heritage .   This is a very big day in fo... 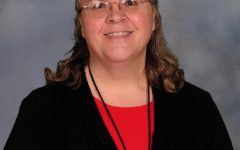 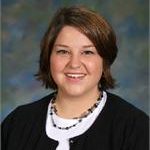 Inside The Life Of Emili Terry 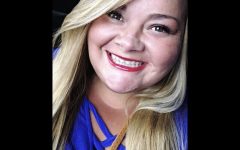 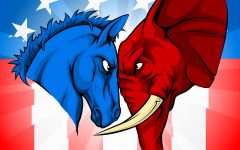