Who is Mr. Wilkins? 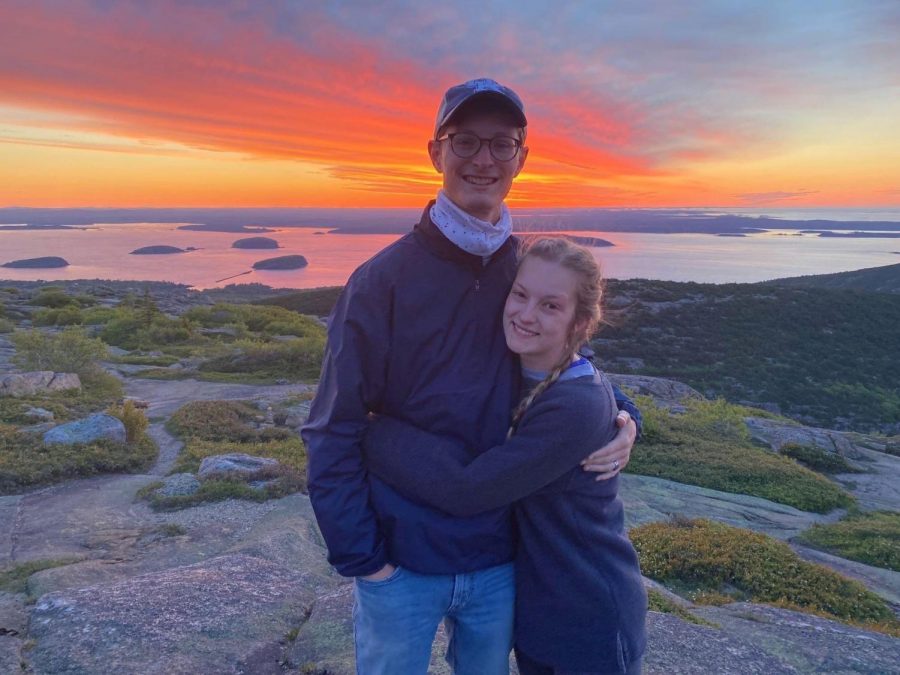 This year at the Swamp, it does not take one long to notice that Greenwood has hired many new teachers in many different subjects. One of the new hires, standing at 6’ 5”, is especially hard to miss. Mr. Adam Wilkins was hired for our history department as a replacement for Mr. Clark, who was promoted to an administration role. Wilkins is currently teaching AP United States History and general United States History, and he will teach AP European History additionally in the Spring.

While this may be his first year teaching at Greenwood, this is not his first time experiencing Gator culture. During his student teaching in college at WKU, he was mentored by and taught alongside Mrs. Gupton.

¨I realized he was going to be a great teacher within the first week. He was always inquisitive and kind towards students and very detailed in his content,” explained Mrs. Gupton. She goes on to explain that he is able to remain laid back and approachable, while still promoting students’ education. Wilkins left a strong enough impression on Gupton for her to highly encourage the continuation of his teaching career at Greenwood. He credits her for part of the reason he accepted the position.

Not only did Wilkins teach at Warren Central, but he also coached tennis for the Dragons. While he doesn’t have plans to get involved with extracurriculars at Greenwood during his first year due to finishing his Masters classing and adjusting to the change, he is undeniably open to getting involved as soon as he can, in whatever he can.

Between his love for student activities, experiences in teaching during a pandemic, devout faith, and his passion for travel, Mr. Wilkins brings great experience and perspective to Greenwood. His natural charisma and driven mindset really speak to how well-rounded he is.

Wilkins is drawn to athletics. His students can look forward to having him attend their games to support them. He most recently attended our Homecoming Football game,  but he admits he is ready for winter sports.

“I am actually really excited for basketball games. I am a big basketball person and I have gotten to know coach McCoy really well. I have a couple of students who are on the team, boys and girls. I am really looking forward to that, I haven’t gotten to experience it yet but I know that will be really exciting,” he described. He goes on to say that he is looking forward to supporting all students of Greenwood in their extracurriculars as much as he can.

Wilkins has been teaching for four years, meaning that over half of his teaching career has been amidst a global pandemic.

“Right now it feels a little bit more difficult than my first year teaching, which makes sense. This is a new school and Covid had been crazy at the beginning of this year. But I don’t know, I just try to stay positive and realize like hey, even if we can’t do things the exact way I want to do it, you can still make an impact. You can still love kids well and teach kids well and hopefully put a smile on their faces, even when it’s really tough,” He expresses.

Naturally, these less than desirable circumstances are challenging, but he is able to push through the rough days with the constant love and support of his wife and his ability to find strength from his faith.

“I am a believer and I know that life is not meant to be easy and that is okay. I just continue to ask the Lord for patience and wisdom and discernment because I know I need it.”

One of the first things one will notice when stepping foot into Mr.Wilkins’ classroom is the world travel aesthetic. However, in a short conversation with him, one is quick to realize that it is so much more than an aesthetic for Wilkins. He has had the opportunity to travel to many different locations around the world for study abroad programs, mission trips, and occasional vacations. Just to name a few, he has been to the Philippines, Israel, England, and Scotland.

Mr. Wilkins’s intentional interactions with students have not gone unnoticed or valued by those in his classes. “Invested,” “bubbly,” “passionate,” and “witty,” are just a few of the adjectives students use to describe their new teacher.

“My first impression of him was that he was dorky. He was one of the teachers that I thought was really new and fresh out of college, which isn’t bad. I just thought, ‘either this guy is going to be an awful teacher or a great teacher and connect with students’ and thankfully it was the second one. You can tell it came naturally and it was genuine,” laughed Katie Isaac, a student in his APUSH(Advanced Placement United States History) class. “He always has a lot of energy and he really applies himself to literally anything he is doing. He is a very joyous person. I appreciate that and it is something that I look forward to experiencing,” Katie continued.“I think that he is a really good person to look up to or look down to if you are like 7 feet tall.” She laughed.

Hannah Humble, another student in his APUSH classroom has been able to witness firsthand how he cares for all of his students. “He obviously wants us to get the material and stay on track, but at the same time, he cares about us enough to make sure we have fun. He gets to know people on a personal level. The most memorable thing about him is that he is a Christian and when I email him about what is going on in my life he emails back saying that he and his wife are praying about it. This really meant a lot to me.” expressed Hannah.

Both students are quick to point out that his class can vary from day to day. Some days his students are asked to take notes while he, or another student, presents a slideshow. Other days he may try to do more interactive learning and tailor it more to the needs of the kinesthetic learners. He has even been known to go “full-on art” mode and draw on the whiteboard in an effort to get students to grasp the content better. Tying his teaching back to his love for competition, the classes have an ongoing point-based competition where they earn points based on test grades, participation in class discussions, and any random things Mr. Wilkins deems worthy of points. This encourages full classroom participation and creates a positive learning environment for everyone in his classroom.

Isaac encourages fellow students to participate in any class Mr.Wilkins can offer. “I would recommend this class to freshmen and sophomores because I feel like they could really learn from it and really be inspired by his teaching style and really be inspired by the way he does his work,” she explained in reference to specifically his APUSH class. All of the students in all of his classes are eager to get this next quarter started and really begin to grow with Mr. Wilkins as the year goes on.

“Live life! Hahaha. Even though I am kind of like a new teacher and a lot of students don’t know me, even though I am really tall, don’t be intimidated to just come and say hello. If you are one of my students, don’t be afraid to come to talk about anything,” Wilkins emphasized. If you are looking for an enriching course led by a well-liked, determined teacher, Mr. Wilkins’s classes will not disappoint.