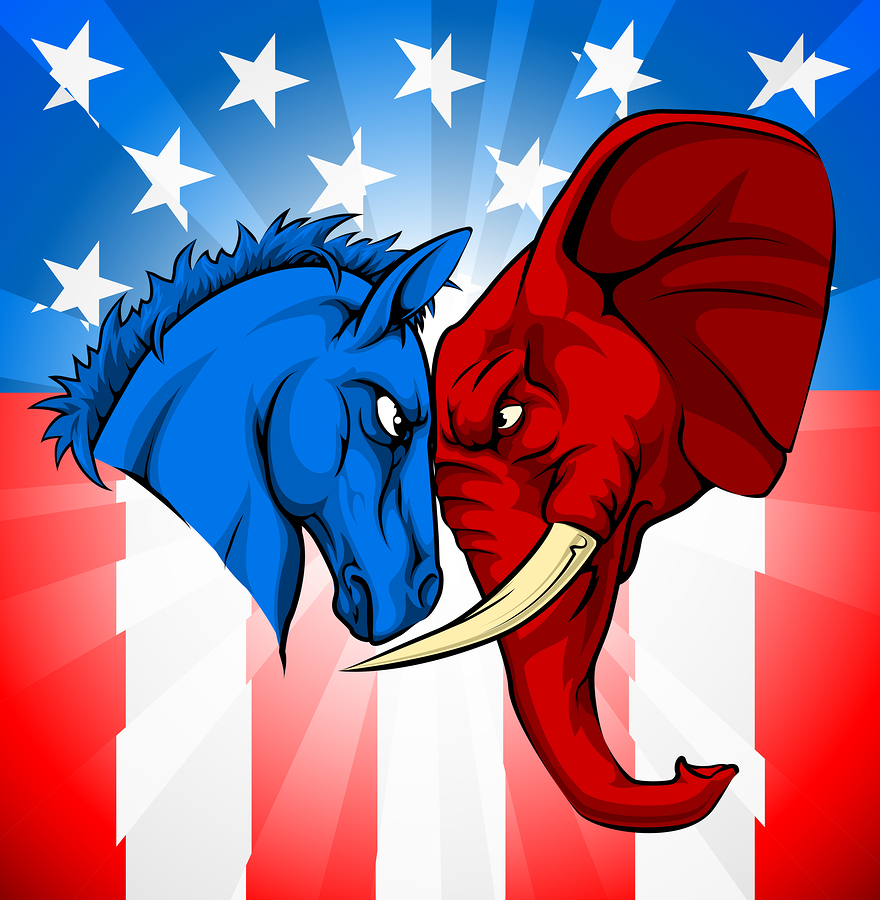 American politics or election debates concept with animal mascots of the democrat and republican political parties. Donkey and elephant facing off.

With this being an election year many conversations have been about politics. Politics are everywhere in high school. Not only teachers but students are talking about politics. I was listening to a debate between two students in one of my classes and another student asked, “Why do you even care if you can’t vote.” I believe many people feel that their opinion does not count because they can’t vote, that is wrong. They have the right to have an opinion, even if they can’t vote. They can educate adults that can vote or even swing a voter’s opinion, and kids can even be more civil than adults.
Education on why you believe is very important when it comes to politics. If a person is not educated they can vote for something that goes against their beliefs. If they get into a debate with a student that might have some different education towards certain beliefs it could be an eye-opener for the voter and could help them pick the person that is most like their beliefs.
I interviewed a student and a teacher to see what their opinions on students having an opinion on politics. Mr. Tipton said, “Of course, they should have an opinion in a lot of things they don’t but a problem is that they don’t keep up with politics and all they hear is from their parents… Even though they can’t vote they should still have an opinion… Even if they can’t vote it can open up a discussion.”
Many times over the past few weeks my classmates have had discussions over politics and even as it runs into our class time Mr.Tipton still lets the debate finish or get to a stopping point because of his beliefs on if students should have a political opinion. Even if the teacher or parent of a very opinionated student does not realize it, the student enjoys talking about politics. Some people may say that these discussions can’t happen towards an adult because it is disrespectful. It may be shocking but sometimes an adult can be more disrespectful than a student can be in a debate. Many people these days don’t know how to have a civil debate. I know in my class debates people may get really into the debate but are not being disrespectful towards one another. I have seen some adults that politics can be a complete “no” when it comes to topics.

All in all, I believe that opinions in politics for students is a good thing because they can be more civil than adults and can even change a voter’s vote.