Should Teens Start Driving at 15? 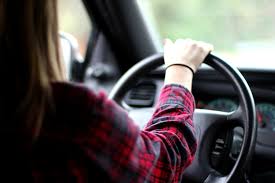 This has been a question that has been going around for years with teenagers. I know that those who are coming up on the age to drive are thinking about this more and more. Many think that this can be dangerous, but many also think that this could be a great way for teens to experience what driving feels like before they are off on their own. So what do I think? I think that like most states, Kentucky teens should get their permit at 15.

Out of the 50 US States of America, only 9 of them have a law set for teenagers to be 16 to get their permit. These states include: Connecticut, Delaware, District of Columbia, Kentucky, Massachusetts, New Jersey, New York, Pennsylvania, and Rhode Island. Most states require teens to be at least 15, but 9 other states allow 14 year olds to get their permit. This has been a very popular subject that I have been hearing about, especially since I am at the age to start driving. I go to a church in Nashville, so I have many friends from Tennessee. They can all drive and some are even younger than me! I often tell myself, “If only I lived an hour away. Then I would already be able to drive legally.” But we can’t because we live in the BEAUTIFUL state of Kentucky.

I asked my dad, Jason Humble, about what he thought of this. He said, “If it can work in Tennessee, then it can work here. When I was 15, I remember wanting to get my license as soon as I could. Most states have it legal to drive at 15, so I don’t see why Kentucky can’t.” One of the reasons that we have to wait to be 16 here in Kentucky is to prevent accidents and car crashes from happening to young teens. But personally, I only know one teenager who has gotten in a crash. But the crash was because someone else rear-ended them because they were on their phone. So I don’t think that this is the big problem that we should be focusing on. The crash rates aren’t any higher in Kentucky than they are in any other states.

I think that the earlier you start to drive, the better. You will get more practice with someone in the car helping you. And instead of driving for only 6 months before you’re on your own, then you will have a year’s worth of practice. That’s all that a permit is for: to practice driving, so that you will be comfortable and used to driving, so I think that it is a great idea for teens to start driving at 15 legally. Many people around my age drive illegally because they so desperately want the freedoms that driving has to offer. I have been a member of Kentucky Youth Assembly (KYA) for 2 years. There are always bills that are brought, presenting the idea that 15 year olds in Kentucky should start to drive. These have never been passed, but I have hope for Kentucky.

This is a topic that is very common to hear about as a teenager because it is a prime importance of being a teen. Driving brings excitement and freedom, so teens are eager to drive as soon and as quickly as possible. Although this may not happen in our state, it gives us something to look forward to about being 16. This is my thoughts on teens driving at 15. I think that it is a great idea. Teenagers can be reckless on the road of course, but that proves my point even more- that these 15 year olds need the practice of driving, so starting early can be a great way to help the well being of the commonwealth of Kentucky.