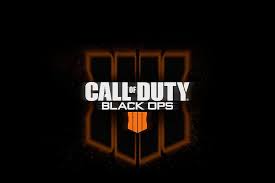 From mid-2017 to now, Battle Royale video games have been dominating the world. From PUBG, Fortnite, and H1Z1, their popularity has taken over the younger generation of the world.

Most of these games have lost much of their popularity and not really mentioned much currently except Fortnite. Epic Games has made Fortnite a worldwide sensation.

Lately, there has been much controversy on whether or not Fortnite is going to lose its popularity soon or if another Battle Royale game is going to take its place. One of those games could be the new Call of Duty game.

For months now, a new Call of Duty game has been announced for its release. Black Ops 4 is perhaps one of the most anticipated games in a couple of years. The main reason for that is that Black Ops 4 contains a Battle Royale game mode, Blackout.

Blackout is a Call of Duty style Battle Royale. For example, it is a first-person shooter and weapons are the same from the multiplayer.

Black Ops 4 is expected to be a top game of the year. It released on October 12 and was developed by Treyarch, the same developer for Black Ops 3.

However, Black Ops 4 is expected to be much better with the Battle Royale mode. It is pretty much like every other Battle Royale game; 100 players sky dive out of the air and parachute onto a chosen location. They then proceed to pick up weapons and loot.

There is no building like Fortnite and the weapons aren’t much spray and pray. Winning boils down to mostly skill. There is no bloom like Fortnite. The bloom are the four white dots that show where you are aiming. Whenever you shoot in Fortnite, the bullet will go anywhere in between the white dots, so you won’t always hit your chosen target. But in BO4, your bullet will always go exactly where you aim in except when hip firing.

You fight to be the last man/team standing.

The multiplayer has high expectations just like every COD game. Unlike the Black Ops 3 multiplayer, there is no more boost jumping. BO3 was famous for being able to jump very high(boost jump). That is no more.

The multiplayer has all of the basic game modes like every COD like Team Deathmatch and Search and Destroy.

Black Ops 4 is could possibly one of the best COD games ever.

Give it a try!