The Great Barrier Reef is Dying 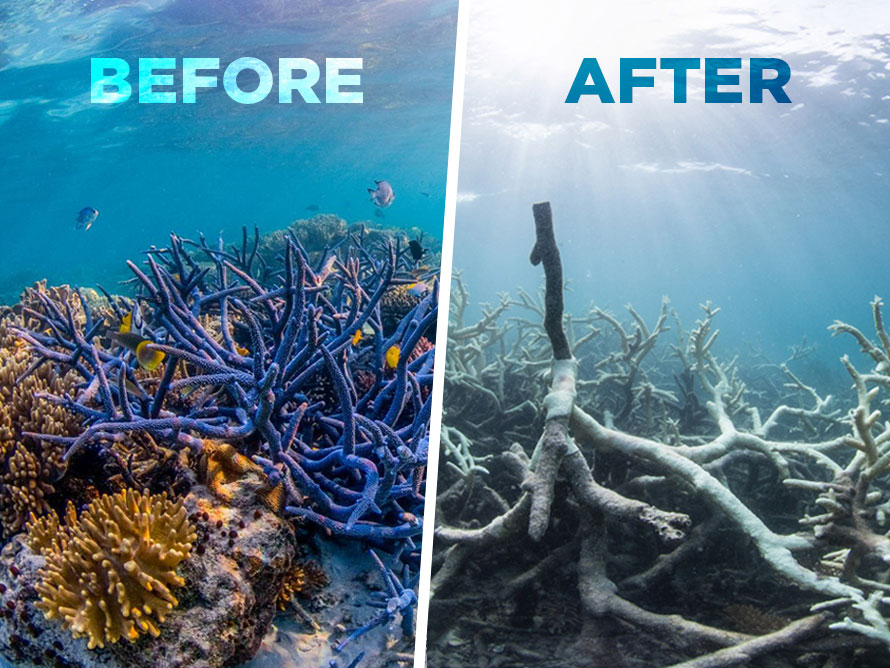 The Great Barrier Reef, one of the seven natural wonders of the world, is dying.

It’s located off the coast of Australia, near the province of Queensland. It is filled with 2,900 reefs, 600 continental islands, 300 coral cays, and 150 inshore mangrove islands. It has nearly 2,000 species of fish, more than 600 types of hard and soft corals, 215 species of birds and more. There’s nowhere else on Earth quite like it. It’s beautiful, diverse, irreplaceable and most importantly, under threat.

According to the Great Barrier Reef Foundation, human influences have resulted in a 50% decline in coral cover between 1985 – 2012.

Poor water quality, coastal development, fishing, and most importantly, climate change are all major threats to the reef.

Because of climate change, there has been an increased frequency of severe weather events; the temperature of the sea has risen as well as its levels; the ocean has become rather acidic. These factors all make the reef more susceptible to coral bleaching.

Bleaching occurs when corals become stressed, commonly from the rising sea temperatures. This leads corals to get rid of the colorful algae called Symbiodinium that live within their tissues and photosynthesize to provide energy. When they lose this algae, the coral becomes ghostly white. They become even more susceptible to disease and other threats.

Once a coral dies and its tissues waste away, it becomes colonized by turfing algae, making it impossible for baby corals to replenish that part of the reef, unless algae-grazing fish are able to clear enough bare space for them to settle.

Over-fishing of these reef fish makes the severe bleaching events worse by preventing these reefs from regenerating. Pollution from sewage allows the algae to grow and smother the reef more quickly.

The effects of ocean warming from climate change combined with over-fishing and sewage may cause the remaining coral reefs to disappear entirely by mid-century.

Why does this matter?

It matters because if this sort of thing is happening here, it will begin happening in many other places as well. The temperature of the ocean is rising, that much we know. If we aren’t careful, there could be severe consequences such as food shortages as fish die off.

Since our country is no longer in the Paris Climate Agreement, we must do the best we can from home to save the climate.